Bit-Tuner’s seventh solo album «EXO» is planned for release at the beginning of 2020. At Dampfzentrale, he will be presenting an audio-visual live show developed together with the filmmaker Joerg Hurschler. The evening also includes a performance by Mara Micciche, aka MM, who you may remember from her 2017 show as IOKOI (support act for Austra). 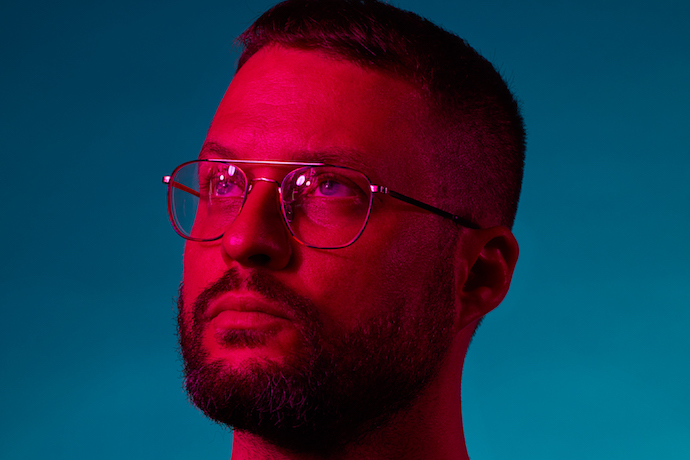 Largely inspired by the two years he spent in Athens, the social and structural challenges facing Greece provided the key influences for «EXO», which takes Bit-Tuner’s creative input to a new level. The almost beat-less album tells a story of upheaval and new beginnings. Inspired by the album, the filmmaker Joerg Hurschler spent months creating a bizarre 3D visual world, populating it with ethereal beings. Through the eye of a documentary filmmaker, he explores this world ever further throughout the concert. Thereby creating a new form of cinematic storytelling, which is set live to the music of Bit-Tuner.

As IOKOI, MM released the experimental pop album «Liquefy» in 2016. Now, as MM, Mara Micciche is in the process of reinventing herself: raw, volatile and soaring. She blends vocals, synthesizer and sound experiences into a melting pot of music and energy. Her live performances are never the same twice, sometimes her arrangements are rich in synthesizer figures, sometimes she creates tapestries of sound with nothing but her voice.