GOLD: A performance walk for the living

A research project on grief, time and transience. 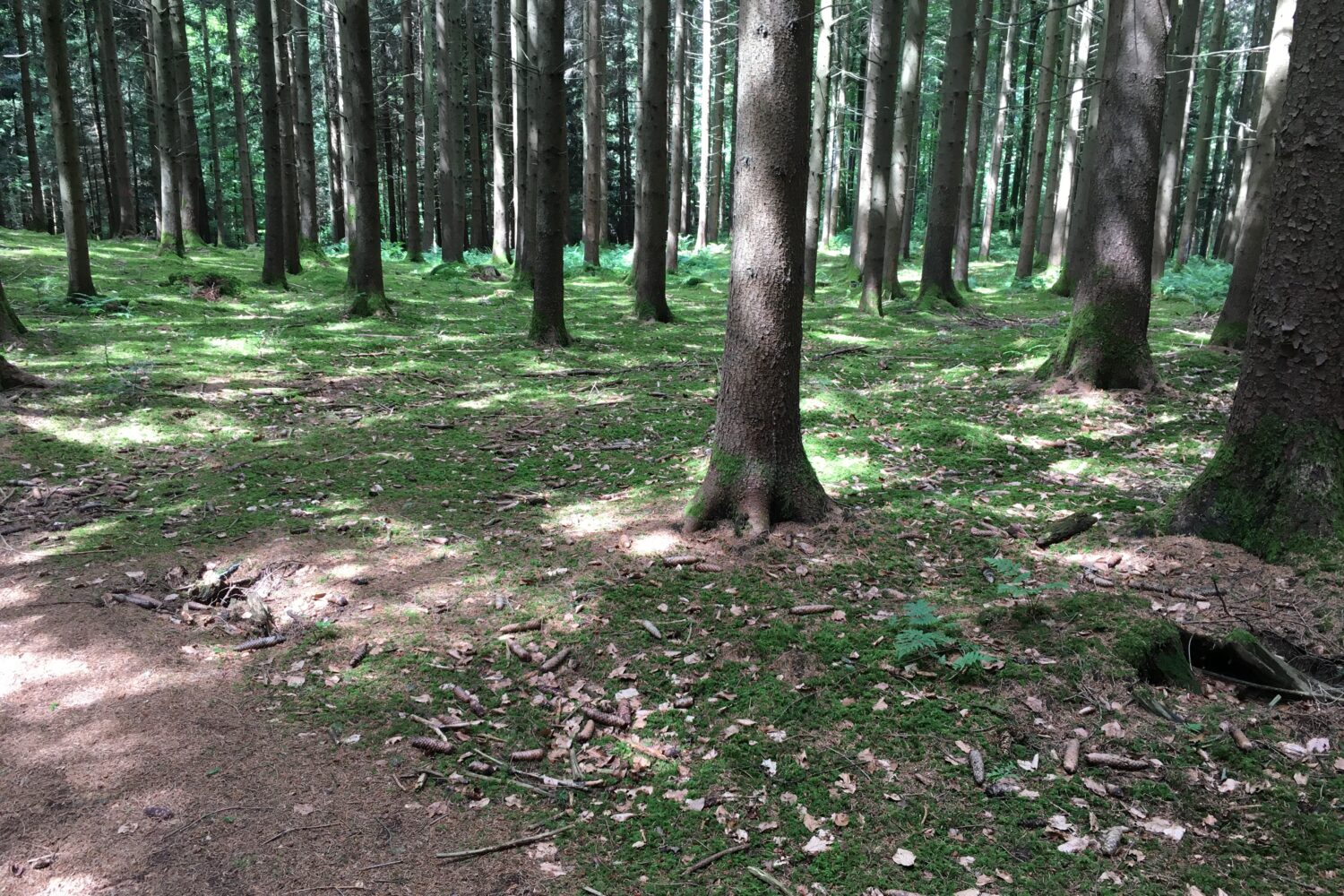 A research project on grief, time and transience. For people who have already experienced grief and for people who will experience grief in the future.

People who feel like experimenting and have time for questions and exchange are invited to become an active part of Kathrin Yvonne Bigler and Christine Hasler’s research: People who have already experienced grief and people who will still experience grief.

Have you ever lost someone? Do you miss someone? A person, an object, a time in your life? Who would you like to take by the hand again and walk together? What was and what will be in the future? What questions would you like to ask yourself and others? When was the last time time stood still for you? Which moment would you like to preserve forever?

In groups of 6-8 people, we walk silently through the landscape, either guided or as a ‘flock’. A mindfulness exercise – or an artistic tool. A performance format that we want to explore.

Duration of the event approx. 3 hours, starting and ending point is always at the Dampfzentrale Bern, from where the joint return journey to the forest is organised.
Registration to willkommen@dampfzentrale.ch

>>> the 17th December is fully booked, for the other dates there are still places available

Put it somewhere else

Kathrin was artistic co-director of the internationally active performance group Bottlefed for 10 years. Bottlefed’s performances have included winning the Sophiensaele Jury Prize (‘Hold Me Until You Break’ – 100Grad Berlin, March 2010), being nominated for the Total Theatre Award ‘Best Performance as an Ensemble’ (‘Return to Reason’ – Edinburgh Fringe 2007) and for ‘Best Direction’ (‘Camille’ – Lost Theatre Festival London 2006).

Kathrin has been living in Switzerland again for 10 years and lives with her family in Bern. She works for various groups and institutions, both in the professional and community sector. She is a founding member of the integrative culture space Heitere Fahne, still works regularly with the collective Frei_Raum and with the integrative dance company Cie BewegGrund. She realises her own projects primarily in the field of performance with the sound designer Christine Hasler. Other projects take place at the interface of art and science with Science et Cité, the University of Bern and ETH Zurich. Since 2020, she has been a mentor for the Master’s students of the new degree programme ‘Applied Theatre’ at the Mozarteum in Salzburg.

Within cultural education, Kathrin has been working for over 15 years in cultural institutions as well as directly in communities (in prisons, repatriation centres, youth centres, schools etc). She was associate lecturer for the research project ‘Creativity Matters’ (early years) at the London University of the Arts, led projects for ‘Creative Partnerships London’ from 2003 to 2013 and was guest lecturer for the module Cultural Mediation in Institutional Contexts, at the Institute of Theatre Studies, Ludwig Maximilians University, Munich, from 2011 to 2015.

Christine Hasler works as a theatre musician, as a singer/songwriter, as well as in performance art. As a theatre musician she has worked with Markus Heinzelmann at the Theater Kanton Zürich, in productions at the Staatstheater Nürnberg, the Stadttheater Ingolstadt and the Hessisches Landestheater Marburg, with Marie Bues at the Nationaltheater Mannheim, further projects as a sound designer, composer and live musician in various theatre companies (among others directed by Marie Bues) at the Schlachthaustheater in Bern, the Theater Rampe in Stuttgart, the Sophiensälen Berlin, the DramaFest in Mexico City and the Konzert Theater Bern. With the theatre collective BONZO, she performed the world premiere of ERNST in September 2019, an evening of theatre by and with her sister Denise Hasler and her around their grandfather’s diaries, directed by Kathrin Yvonne Bigler. Other projects in the field of (new) music have taken her to the KKL Luzern, the SHIFT Festival in Basel, the Davos Festival – young artists in concert, the Hundert Grad Berlin Festival, the Kunstmuseum Bern, the Studiobühne Köln and the NEU/NOW Festival in Porto.

With her band “Lia Sells Fish” she plays concerts all over Switzerland and has released her debut album in April 2019. She always likes to lend her voice to productions in club music, but also for radio plays, both of which she also produces herself. She is particularly interested in audio pieces in connection with the performance of them, be it as a stream, as a headphone piece, as part of a performance or even as a loudspeaker piece.

Another focus of her work is with children and young people. With the project Tönstör she was involved in the mediation of New Music, with Kathrin Yvonne Bigler in various contexts in Murten (Kath. Pfarrei), in the children’s home Maiezyt in Wabern, at the OSS Frutigen.