Listen to the sound disappearing

Limpe Fuchs (*1941) is one of the most imaginative sound artists of the international experimental music scene. The professional percussionist has a rare alertness and sensibility concerning procedural and unexpected interactions as well as spontaneous sound developments. In the early 1970s, she was one half of the duo Anima and became an influential figure for the international experimental music scene as a solo artist, for example for Nurse With Wound. Fuchs makes various sound sculptures, such as the four-metre-high lithophone, and gives the visual aspect of her performances the same importance as the acoustic. At this year’s CTM Festival in Berlin, she played live with Mark Fell, Rian Treanor and Jim O’Rourke. Her son, Zoro Babel, has performed at the Bern Music Festival and the République Génial in Bern

«I am trying to find the sound Limpe Fuchs has found already.» (Helmut Lachenmann, composer) 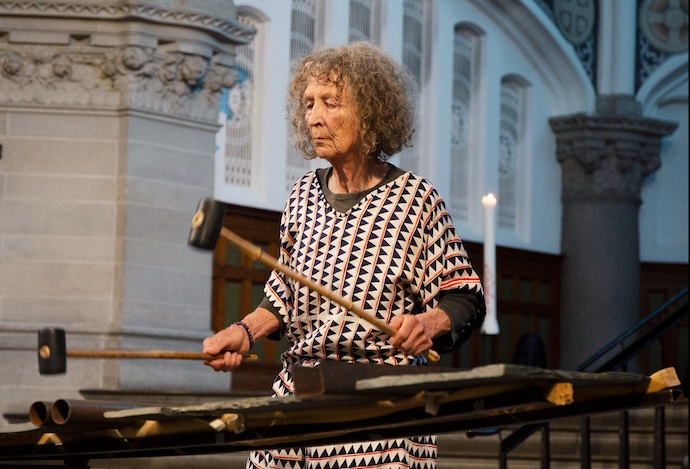