«You’re frozen» is a statement that most people would’ve probably interpreted differently before the coronavirus pandemic. But these words now have a brand-new meaning: Our image on Zoom, Skype, Facetime or some other digital meeting space has become frozen due to a bad WiFi connection, or the sound keeps cutting out. The idea of being «frozen to the spot» refers to these annoying phenomena that we currently have to deal with in our everyday lives. But the term «being frozen» can also be used when alluding to other, more profound aspects of our lives.

Our perspectives appear to be frozen. While having kicked off previous years with a bang, we’re now being forced to start this one at a somewhat slower pace. What will the future bring, will things continue as before or will we see much change, where am I in all of this uncertainty, and when will the pandemic finally be over and done with? The answers to these questions are either vague, uncertain or non-existent. Forecasting anything is just as difficult as planning something.

The pandemic has touched everyone in some way or other. It particularly affects the human body, as this is the target of the virus. On the one hand, we are losing sight of our body, and on the other hand, it is still omnipresent. As a result, bodies disappear because they are dying, because they are avoiding public spaces to protect themselves or because gatherings are forbidden. On the street, masks have become an indispensable part of our daily lives, hiding our faces and thus our facial expressions. At the same time, we’re more aware of our own bodies than ever before. A cough, a sneeze and any feeling of being ill immediately gives us cause for concern. Common bodily functions that we hardly thought twice about in the past are now taken notice of – by ourselves and by others. Everything revolves around our health, resilience, freedom of movement and the survival of our bodies.

«Eingefroren» sees the return of Dampfzentrale Bern after its contemplative break. Seeing as we’re still not allowed to re-open, we have decided to come knocking on your door instead: Four artists will take up residence and work at Dampfzentrale for one week each. During this week, art, choreography, performance and theatre will be created around an issue that we feel strongly about. Every Sunday evening in February, the artists will present the results of their efforts on the following topics: 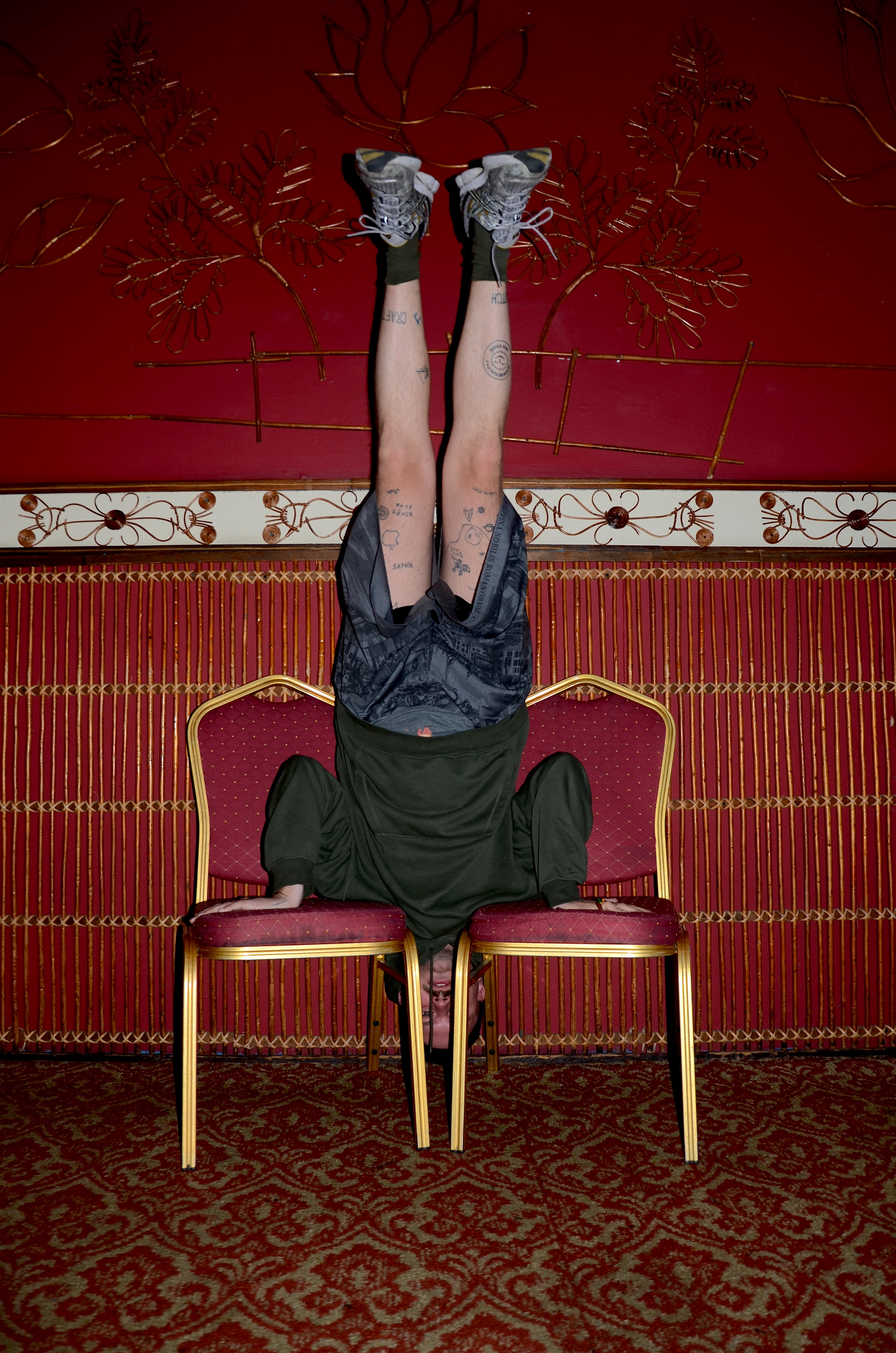 Nils Amadeus Lange (* 1989 Cologne, Germany) works as an artist, performer and choreographer in Zurich. After studying theatre at the Hochschule der Künste Bern (HKB), he expanded his theatre practice with a focus on dance and performance and developed numerous projects in collaboration with visual artists*.
At the centre of his practice is the body, which functions as a means of deconstructing conventions, social models and gender stereotypes.
Recent years have seen the emergence of not only his own work, but also various collaborations. Among other works, the online series and stagepiece „body and freedom“ was developed in collaboration with Florentina Holzinger, Vincent Riebeek, Annina Machaz and Manuel Scheiwiller, which premiered at Tanzhaus Zürich. (Further performances: ImPuls Tanz Wien, Liste Basel, Haus der Berliner Festspiele). At the lithuanian pavilion at the Venice Biennale 2015, he was part of the young boy dancing group, a company with open authorship. Furthermore, he teaches and gives workshops (FHNW Basel, SNDO Amsterdam, HKB Bern, ZHDK Zürich amongst others).
His works have been shown at various locations such as Kunsthalle Basel, Kunsthalle Zürich, Manifesta Zürich, Ujazdowski Castle Centre for Contempora- ry Art Warsaw, Istituto Svizzero Rome, Belvedere 21 Vienna,Centre d‘Art Contemporain Genève, Swiss Dance Days, Zürich moves!, Gessnerallee, Frascati Amsterdam, ZÜRICH TANZT, Berliner Festspiele, Kunsthalle Bern, Les Urbaines Lausanne, Südpol Luzern, Tanzhaus Zürich und CounterPulse San Francisco, Cabaret Voltaire Zürich.